Posted on July 17, 2020 by Cinema Lounge Team Leave a comment

We’ve entered into a new era now where movies are evolving and becoming more cinematic with fantastic CGI and special effects than ever before. Don’t get me wrong, these new cinematic masterpieces were being gifted with nowadays are sensational with their storylines, cinematography and acting improving all the time and immersing us more than ever in the worlds they create. However, we can’t forget about the timeless classics which we all used to watch over and over again back in our early childhood growing up. These films were once our favourite movies to ever appear in cinema so meaning as we’ve got more time than ever on our hands we don’t we revisit some of these great childhood classics. A movie which we all loved when we were younger, now just a never-ending meme across the internet. But hey, at least it’s still being remembered to this day. In all seriousness though, the Bee Movie was truly an amazing film which hit the family adventure genres perfectly which included everything we could ever want in a family animation. It had tons of comedy throughout which later became some of the biggest memes around and still make us laugh till this day. This was a fantastic original production from Dreamworks which had a highly creative storyline and a dynamic cast of characters all with their own unique personalities. All in all, this movie was a huge hit when it released and I can guarantee that we all saw it at least once especially me who loved the entire universe of the Bee Movie.

Now how can we go through this list without mentioning one of the all-time greatest films to appear on our screens? The world of Shrek is loved by everyone and once again been turned into an internet meme across the world just like the Bee Movie. But without a doubt, the Shrek universe has to be remembered for years to come with yet again its totally original universe and a fantastic array of characters which sometimes you think wouldn’t work together but actually fits quite well with the overall atmosphere of the movie. The Shrek universe is truly a one of a kind with a totally original feel to the film unlike any other animated production before.

A more modern film series now but still keeping within that animated category. The storyline doesn’t really take us anywhere exciting as such as the main plot follows these four animals going back to the wild after escaping from the Central Park zoo with help from some unlikely allies. But like the rest on this list, this also has the comedic aspect to it through their many films. What’s fantastic about these films is that when I say they travel back to the wild, I mean the wild as the characters we come across there have a way more crazy personality as well as the entire setting as been made to look like a whole other universe of animals set in a unique wilderness environment. 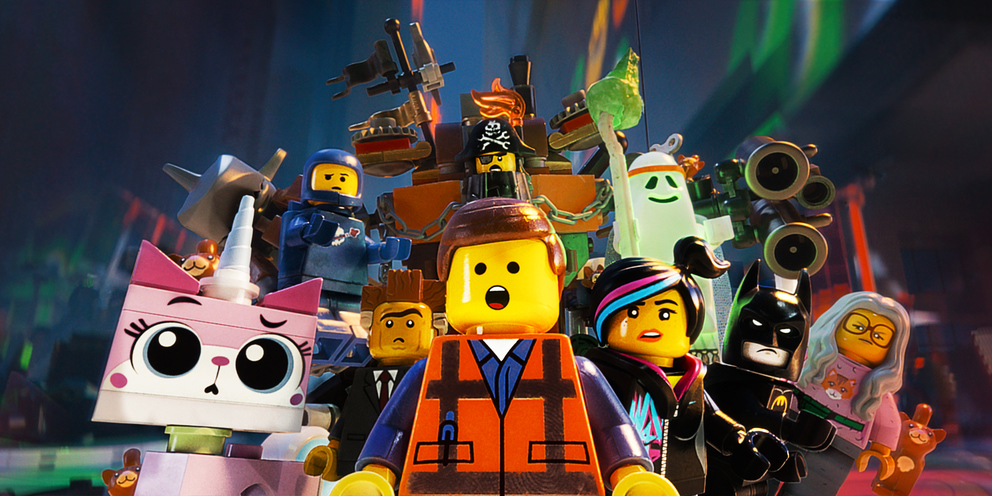 The Lego Movie. The father of lego movies in my opinion and the first one which really kickstarted the idea of creating more lego movies based off different sets in the future. I have nothing but awe of this film as its the first I remember movie I remember where I kept rewatching it over and over again. From the first Lego Movie, the creators have raised the standards and expectations of the continuous flow of Lego movies coming out since then and they have defitnly proven that these can only get better through the years to come. So when I say The Lego Movie, I really mean The Lego Movies since the first such The Lego Batman Movie and The Lego Ninjago Movie which in my own opinion is my favourite. However, The Lego Batman Movie is just as good with the same level of action, comedy and Lego’s unique style of approach to this movies.