Posted on July 10, 2020 by Cinema Lounge Team Leave a comment

Two friends both with very different conditions are forced to form a friendship over the summer holidays. Even though they both suffer from their conditions, what they don’t realise is that soon they will both change each other’s lives forever.

This heartfelt story follows on a young girl called Lola who suffers from depression and Zack who has been diagnosed with a genetic illness since he was born which is incurable. Lola is then forced to form a friendship with him under her mum’s advice over the summer holidays. They then decided to keep hanging out with each other which has a positive reaction on both of their lives for the better. It’s not until the end of the film where they both learn what they both did for each other and how they helped each other daily whilst suffering with their conditions.

The producers of the film have kept the storyline very short with only lasts a length of 11 minutes but it also means that it’s very easy to follow along to and understand. However, it’s not the movie’s storyline which makes us all emotional but it’s, in fact, the message of the film which hits us all. You see, the director didn’t make Faulty Roots for entertainment purposes as such but more to raise awareness of mental health on teenagers which I believe is fantastic and defiantly what we need right with current worldwide events.

Not only will it raise awareness for mental health for teenagers but also promote the condition as a whole and throughout the film it shows why we need to strive to look after teenagers and of course adults suffering from mental health problems during these times and what we can do to make a positive impact on their lives. Not only that, but it also educates viewers on what having friendships mean for people dealing with Depression or other mental health problems as throughout the film the two both learn eventually realise that they both change each others world in different ways.

For an upcoming actor and director at only 18 years of age, I believe that Ella Greenwood (director, writer and star) has done an outstanding job for a first time filmmaker. You can most certainly tell that she has poured her heart and soul into the film as she has used her real life experiences which adds more realism to the overall story and atmosphere of the film. In my opinion, she hasn’t just created a short film but may have made a future educational production which could be used in the education sector as well as many other industries to promote the well being of teenagers suffering from mental health issues and how we can help in the best way possible for them.

All in all, Ella Greenwood has done a magnificent job with Faulty Roots especially with her own acting within the short film as she as previously had acting experience beforehand. Speaking of the acting, I also truly believe that we may see more of these actors in future projects as they have all shown professionalism and delivered an outstanding performance as they have all demonstrated what its like dealing with mental health conditions and other illnesses extremely well. 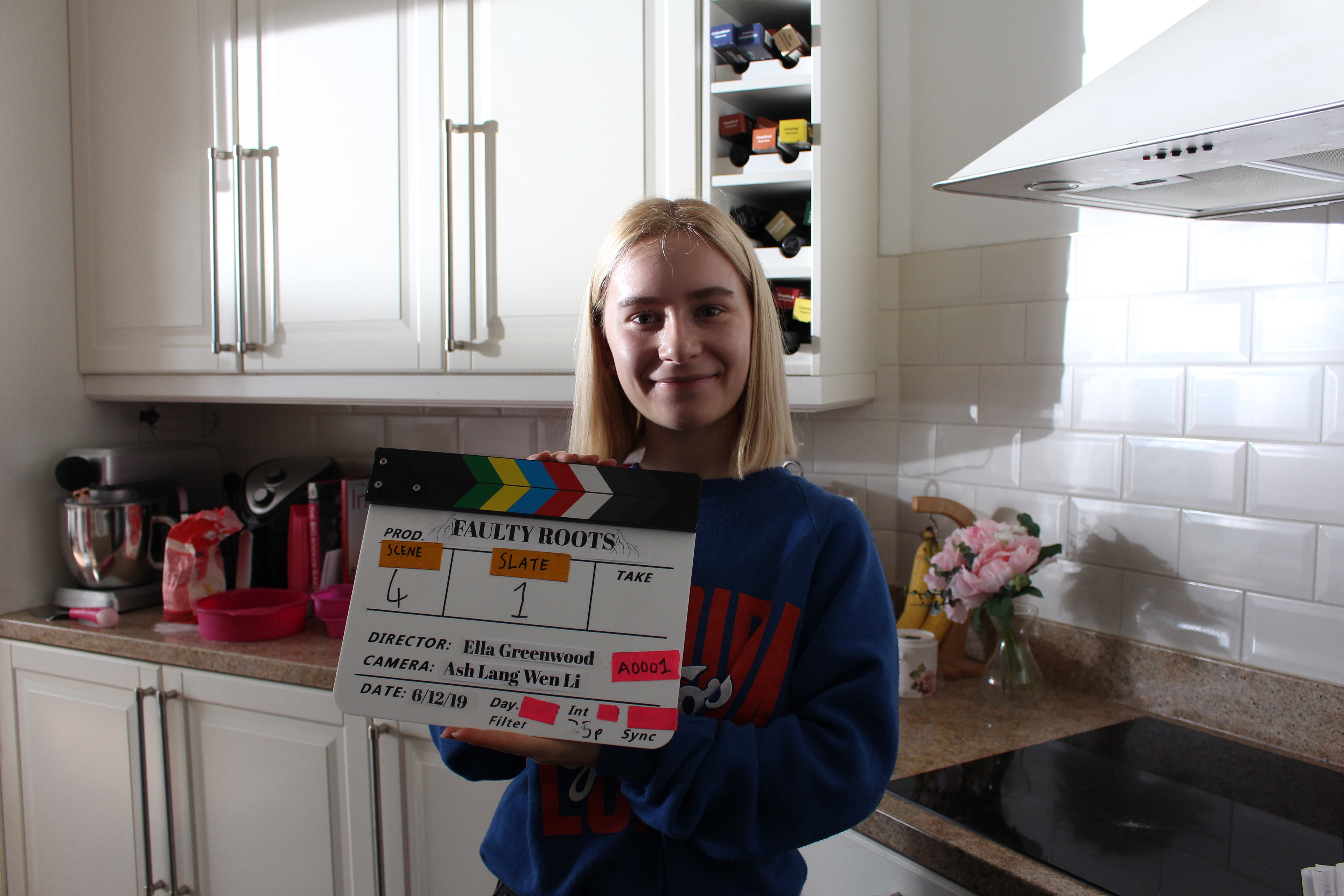