The movie everyone has been wanting ever since the first Jurassic World. It has finally been revealed that not only will the Jurassic World cast be reprising their roles once again. However, what’s even more exciting is that the original cast from the Jurassic Park is making a comeback with their characters in this third movie with the likes of Sam Neill, Jeff Goldblum and Laura Dern returning from the classic 1993 saga.

Not will this be a fantastic experience for the fans waiting for this moment to happen but also an excellent production and marketing strategy similar to what Avengers: Endgame did as it brought together both audiences from both sagas. As fans from Jurassic World may now want to see Jurassic Park and vise-versa. 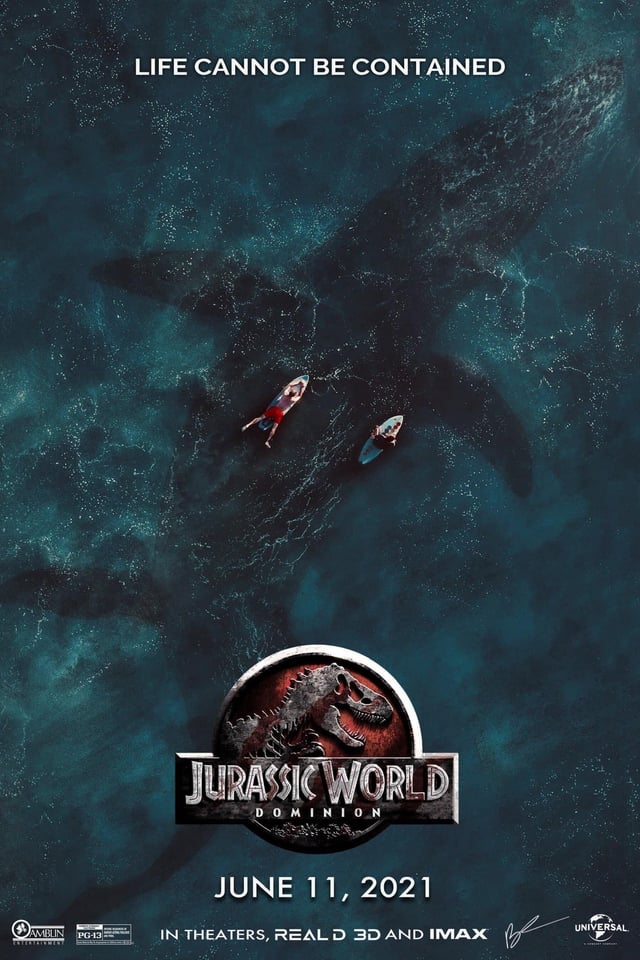 We can already speculate what could be happening from the cover art released at the time of the movie’s announcement. One of two obvious points to mention is, of course, the movies title and what we can guess what might be happening from it. What we can learn from the name Dominion is that it could be an invasion of the dinosaurs onto human soil just like what happened back in the Jurassic Park era. The shadow of the Mosasaurus in the background seems to have escaped the Jurassic World park somehow as it appears to be underneath some casual beachgoers.

The logo background for Jurassic World has also changed to red which obviously is another indication for the return of the classic Jurassic Park trilogy and cast making a comeback. However, apart from that the top of the logo also has snow on it so perhaps that could mean we will be adventuring onto some sort of snow biome with dinosaurs.

The official release date has been revealed to us upon its announcement which stands currently at June 11th 2021.