Posted on February 4, 2020 by Cinema Lounge Team Leave a comment

The famous Fast & Furious franchise comes back with its ninth instalment in the series on May 22. It does already leave us with unanswered questions about different surprises that have already been teased. However, what do we actually know about the upcoming movie?

Firstly, let’s get what seems to be more information about so far which is mainly focussing on the cast and who is going to be featured in the next instalment. One main point which everyone is going to pick out from the trailer specifically is that Dwayne Johnson will not be reprising his role as Luke Hobbs as well as Jason Statham who plays Deckard Shaw. Now, this could be because of the recently released Hobbs & Shaw movie featuring Dwayne Johnson and Jason Statham and will be making a more dramatic return in Fast & Furious 10 (which is already confirmed for next year) or could it have to do with the drama going on between Dwayne Johnson and Vin Diesel (Dominic Toretto). As expected, the main crew we all know will also be returning with the likes of Michelle Rodriguez (Letty), Chris ‘Ludacris’ Bridges (Tej), Tyrese Gibson (Roman) and also Dom’s sister Mia will also be making a return but is still unclear how she will fit in because when we last saw her she was settling down with Brian (Paul Walker). 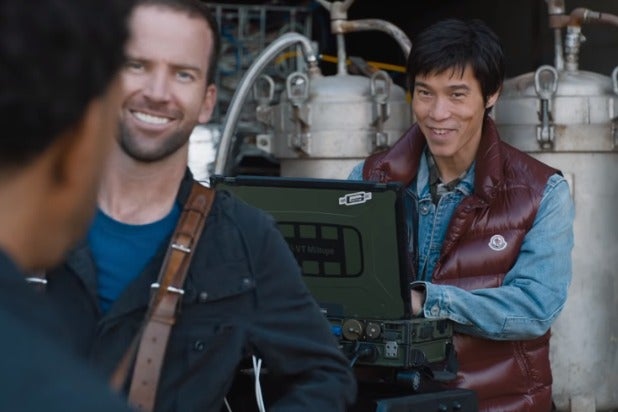 Now, John Cena is set to make his entrance to the Fast franchise in this film in which he will be playing Dom’s long lost brother, Jakob. This is something to look forward to as we are exploring more of Dom’s character and having an insight into his family life. From what we have seen so far of him, he fits perfectly into the series playing the antagonist of the film who is a highly-skilled assassin which seems to have a similar combat style to the Hobbs & Shaw movie. Another thing that has fans hyped up to see more is that Sung Kang, who appeared to have been killed off in the post-credit scenes of Fast & Furious 6, is returning some way or another.

What we know so far about the storyline is that from the start it looks like Dom, Letty and their son seems to be finally settling down when they know that danger is always right around the corner for them. However, this time Dom is forced to confront his long lost brother Jakob in order to save the ones he loves. Another interesting part of the story which we learn is that Ciper makes her return. What we don’t know about this however is how Ciper and Jakob come into contact with each other meaning as she is still confined in her cell which leads to many unanswered questions. How did Jakob end with Ciper? Are the two actually working together?

Finally, there is loads of classic Fast & Furious action to experience once again with a few extra surprises. Along with the brother rivalry now, there will be more edge on the seat action than ever before featuring cars with rockets on them and cars which can swing themselves around a mountain to get back up. Don’t worry as well because we will still be having the same comedic personalities from all our favourite characters.